Miller Vs. Lincoln: Where Did It Begin?

Red vs. blue: the battle of the welding titans. We all love a good rivalry, whether it’s your favorite football team or Wendy’s roasting McDonalds on twitter. One fire that welders love to fuel is the rivalry between Lincoln and Miller.

Here’s an interesting question though: When did this rivalry begin? Who fired the first shots or insulted the other’s mama. What started one of the country’s oldest debates: Lincoln vs. Miller?

Where It All Started

The world’s biggest welding rivalry didn’t start with welding at all. Back before even the first world war, a young man named John C. Lincoln had a serious itch for inventing. In 1895, he founded the Lincoln Electric Company with just $200 (about $6,300 in today’s money). John’s first product wasn’t a welding machine at all. It was an electric motor he’d designed himself.

At the time, street cars were the fast emerging “technology of the future” and John C. was hooked. He began producing battery chargers for automobiles and experimenting with different methods of conducting electricity. During this time, John stumbled upon what would be his legacy for the next 120 years.

In 1911, John C. unveiled the first variable voltage, single operator, portable welding machine. Welding had already existed in various forms before this, but John made it accessible for a single operator.

With the end of World War I, Lincoln’s welding products began to outsell its electric motors. Welding became the company’s primary focus, with John introducing landmark innovations with electrodes and flux that made welds as flexible as steel.

When Miller entered the welding world, it was already quite fashionably late to the party. Hobart had been founded in 1917 with a strong line of stick machines, and Lincoln already had a considerable head start. But from what anyone can tell from the history books, Miller’s founder wasn’t motivated by the idea of building a massive empire to rival the biggest players in the industry. Instead, Niels Miller was tinkering with scrap metal and coil windings in his basement, inventing the perfect welding machine for rural Wisconsin. His design was smaller and less expensive, making it possible to sell America’s blue collar workers. 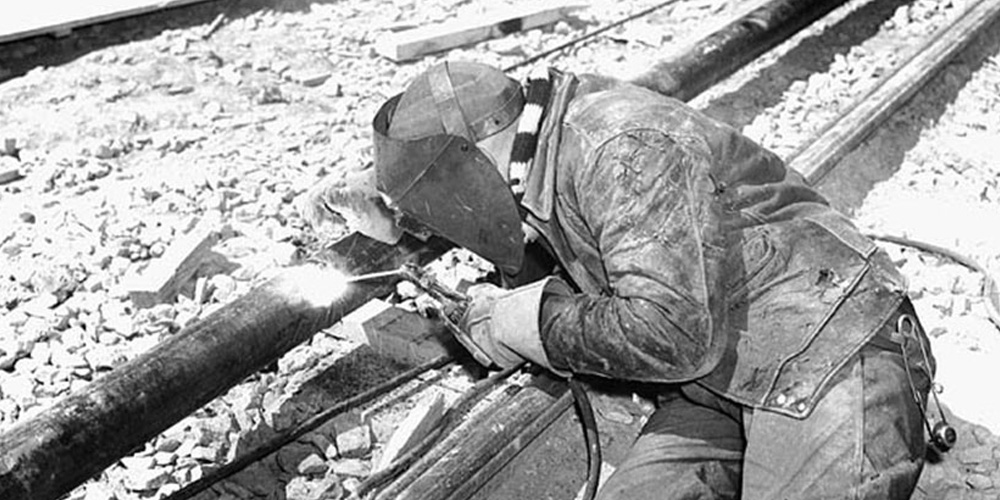 Miller’s world-shattering breakthrough came in 1935, when it introduced the first high frequency-stabilized AC industrial welder, making AC welding practical for use in factories and construction. While both Miller and Lincoln at this point had begun competing with each other for market share, it took a real war to kick off their feud. 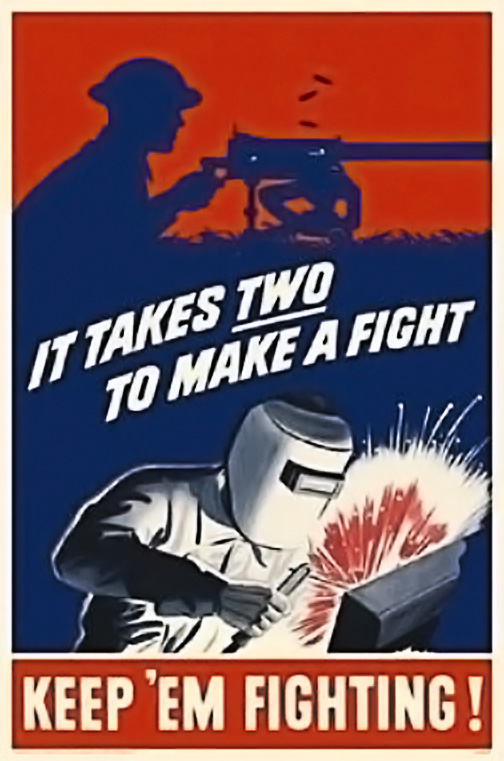 While welding had been steadily becoming much more popular leading up to World War II, its demand exploded as the battlefields became a flurry of metal and machinery. Even before the US entered the fray, the country's war production was ramping up and taking Lincoln and Miller with it. Both companies played a significant part in the US victory, helping manufacture the war machines that ultimately toppled Germany and Japan. This boost saw both companies begin to grow into the empires they are today.

This brings back the ultimate question: When did Miller and Lincoln really begin their rivalry? The truth is, both companies have had their eyes on each other from a business perspective for a very long time. When one company releases a new machine, the other has a competing model ready to go. When one invents a groundbreaking feature, the other is not far behind with their own version. From a product and pricing angle, both companies have always been incredibly competitive with one another.

But from an emotional point of view, this heated rivalry doesn’t seem so hot in comparison to other industries. For instance, Coke and Pepsi’s rivalry goes so deep, they won’t sell to stores that are already selling their competitor’s products. In other industries, some companies won’t hire past employees of their rivals, just out of spite. With Miller and Lincoln, this really doesn’t seem to be the case.

Despite how the companies act, there’s obviously a heated rivalry. So if the companies aren’t doing all the name calling, then who is? The answer is… Us. Both Miller and Lincoln have spent their efforts, not on constantly attacking one another, but on building a base of loyal customers.

As more and more welders have come to trust either the Miller or Lincoln name, we’ve created one of the most heated rivalries amongst ourselves. All the name calling and bumper stickers, that’s us having a fun time with the brands we love (or hate) the most.

In many ways, this truth is way more refreshing than you might think. You see, most of the major corporate rivalries are spurred on by the companies themselves, and we’re just pawns in their games. But if you trumpet Miller or Lincoln, that’s all you—that’s our community having fun with one another. Ultimately, there’s no reason you can’t like both brands. Because, in the end, we really created this rivalry ourselves, and we decide how it affects us.

So whether you bleed blue or red, you’ll find both Lincoln and Miller’s best products together at Welding Supplies from IOC at the best prices. Click here to learn more.