Welding In the Navy

Everyone has a different reason for enlisting. For some, it’s always been their plan. For others, it seems like their chance to see the world. For others, it’s an opportunity to learn skills that’ll help them through the rest of their lives. Whatever your reason, many soon-to-be service members are hoping for a chance to weld. But how realistic is that and what would that entail? 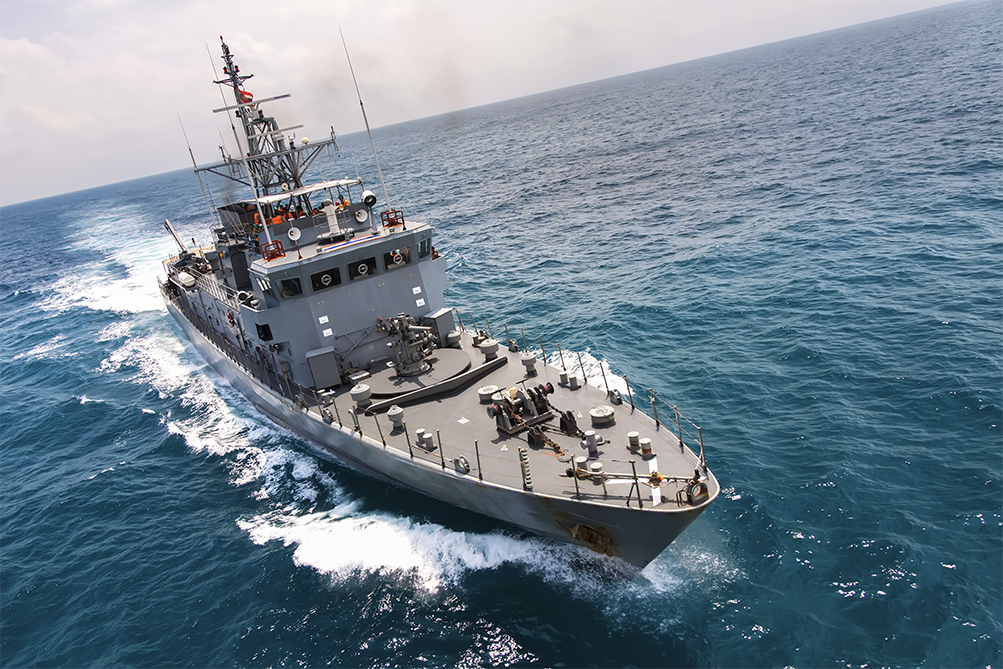 Why Does the Navy Tend to Have More Welders?

Technically, every branch of the US military can or does train service members in welding to meet their needs. However, military technology has become more and more advanced over the years. Tanks and light vehicles are no longer just big hulls of metal. They’re often lined with sensitive electronics, meaning it takes a specialized type of welder to make significant repairs. On top of this, the design and manufacturing of military equipment is generally contracted out.

Both of these things mean that many welding jobs in other branches of the military are often handled by contract companies who have their own welders. That being said, both the Army and the Airforce have a significant number of mechanics who also do weld repairs as an auxiliary skill.

On the flipside, the Navy has a large number of hulking, metal ships. Some of these are literal floating cities that travel across the globe. Considering it takes a month or two for an aircraft carrier to travel between the US and the Arabian Sea, when problems arise, the military needs someone stationed on board. As you’d expect with a ship made of 60,000 tons of steel exposed to the elements, problems do arise that require the skills of a dedicated welder.

What Do Welders in the Navy Do?

Like most positions within the military, your role ultimately depends on the Navy’s current needs. There’s a number of possible places you could end up. For instance, the Navy’s Construction Battalions (or Seabees) are fully trained in defending themselves against enemy attack while building and maintaining infrastructure to support the military’s current objectives. Since it’s technically illegal for civilian workers to resist enemy attacks, the construction battalions are generally deployed closer to hostile forces, though not always. 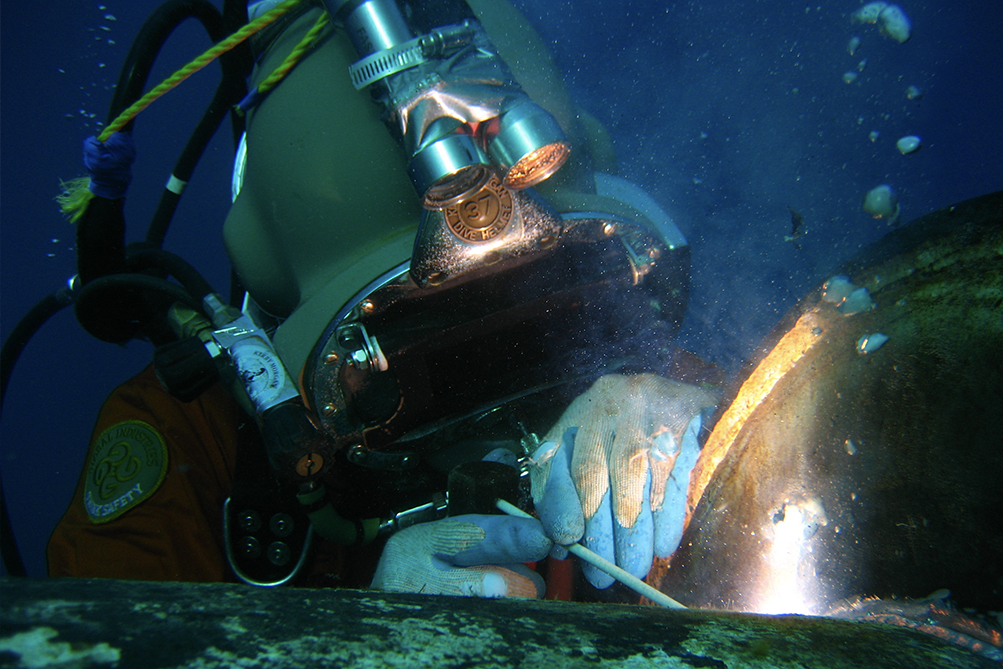 How Do I Become a Welder in the Navy?

The current process for enlisting in a specific position within the military works something like this: When enlisting, you’ll generally take an entrance exam (the ASVAB) or other tests that determine your qualifications. If you qualify for a welding position and they currently have spots open, you’ll then be shipped off to boot camp. Since you’re expected to be combat-efficient, you’ll have to make it through boot camp, where you’ll learn the basics of handling a weapon and other important military procedures.

Once through boot camp, you’ll then be sent to train for the necessary skills in whatever specific position you’ve landed in. Not every welder in the Navy will learn how to weld underwater. In fact, the general qualifications for underwater weld training are that you must be under 31 years old and can pass necessary eyesight and qualification tests. If you’re interested in learning more about underwater welding, make sure you check out this post here.

While having experience in welding before you enlist won’t guarantee a position, it can definitely help. Just make sure you’re getting the best price on all your equipment. Welding Supplies from IOC also offers multiple financing options for any situation. Click here to learn more.