Best (and Worst) Places to Be a Welder 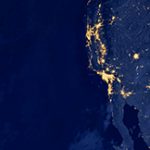 Often where you weld can be just as important as how well you weld. Your location determines how much work is available near you and how much competition there is. For instance, you’ll make a whole lot more money if you’re the only welder around with a lot of work then being in a state packed full of skilled welders. Based on that, it shouldn’t be surprising which state has the highest average annual salary for welders:

ALASKA: According to the May 2018 (most recent) stats from the Bureau of Labor Statistics, Alaska has the highest annual average wage at $65,610 for welders. Some highly skilled welders are even pulling in twice that. Alaska is home to some of the largest natural gas and oil fields in the nation, meaning there’s plenty of work to be done with pipelines, construction and other equipment. But here’s the real reason for Alaska’s high wages: Even with all that work, there’s only a reported 630 welders working in Alaska as of May, meaning only 2 other states employ less welders (although that number does fluctuate between the winter and summer months more than most states because of Alaska’s extreme climate during the winter).

TEXAS: Texas is a tricky state to judge. While it’s been called “the welding capital” of the United States, the average annual wage is almost $20,000 less than Alaska. Now you might say, “But I don’t have to work in a frozen wasteland with 23 hours of darkness during the winter.” And that’s a fair point. But what makes Texas so enticing to welders is the amount of companies looking to hire. In fact, Texas almost doubles any other state with the amount of welders it employs, reaching a total of 49,500 as of May 2018.

With so many industries willing to hire welders in Texas, it makes the state one of the best for beginner and intermediate welders looking to gain some experience. As we’ve discussed in other posts, gaining experience is often the biggest challenge blocking welders from quality careers today.

LOUISIANA: Louisiana finds a happy balance between Texas and Alaska, having 14,210 welders employed in a variety of industries from ship building to petrochemical with an average annual wage of $49,940. Its higher wage and the amount of companies looking to provide work for welders makes it the perfect state for welders of any skill range. 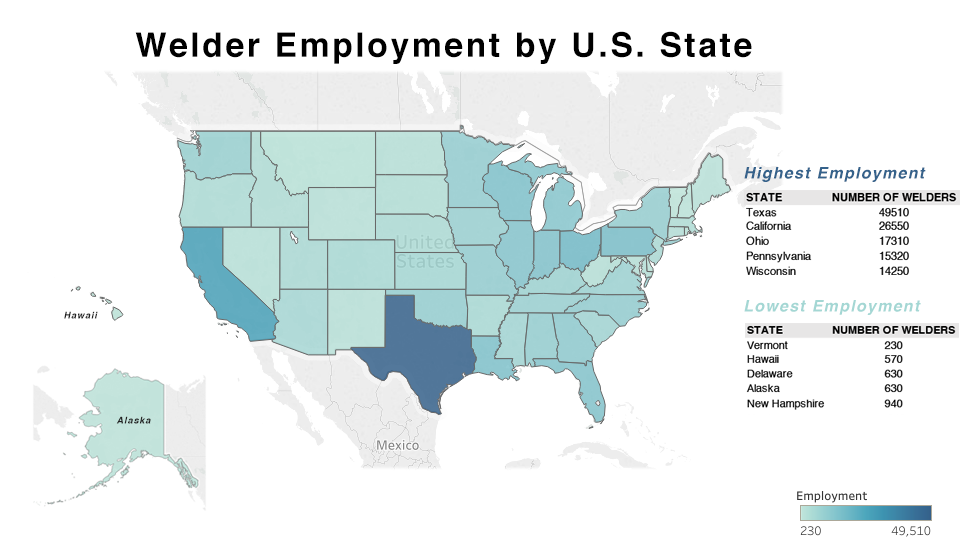 WORST STATES: When it comes to annual wage, Idaho ranks dead last for welders at $36,000. While the state isn’t flooded with welders, there’s definitely an abundance compared to the national average meaning more competition for the amount of work being offered. Idaho also lacks a lot of the industries that pay higher welding wages such as oil or natural gas. It should be noted that the cost of living is much lower in Idaho, so while you don’t get paid as much, your dollar goes farther there. Idaho’s population is also expanding at a rapid rate right now as the 3rd fastest growing state in the nation. This increase in population, this could mean an increase in businesses needing welders and higher wages. Following Idaho is Georgia and South Dakota. Interestingly, while South Dakota is one of the worst states, North Dakota is actually one of the better states for welders based on their high demand in the oil industry.

No matter where you live, there’s demand for skilled welders with experience using the right equipment. And when it comes to welding, the best way to get the knowledge you need is through hands-on practice. If you’re looking to improve your skillset, now’s the perfect time for a new machine with great deals at Welding Supplies from IOC. Check out our hottest summer sales right now by clicking the button below.