While incredibly rewarding, working on motorcycles can be quite challenging. Using a jig and being very careful with your measurements is a basic first step. But there are also some key tips when it comes to the actual weld that can make a huge difference.

Most motorcycles use pipes for the majority of their frames. If you’re unfamiliar with welding pipe, it’s important to understand that you can’t just treat it like a normal weld. A common problem occurs when you try to weld around the circumference of a pipe without stopping. Once you weld a quarter of the way, you’ll often end up out of position at an awkward angle. Being out of position makes it hard to properly direct your weld pool, leading to a host of issues.

There are several ways around this challenge. Depending on what you’re welding and the equipment you have, there are various contraptions you can use to rotate the pipe (or have someone rotate it for you), allowing you to stay in position while the pipe moves. 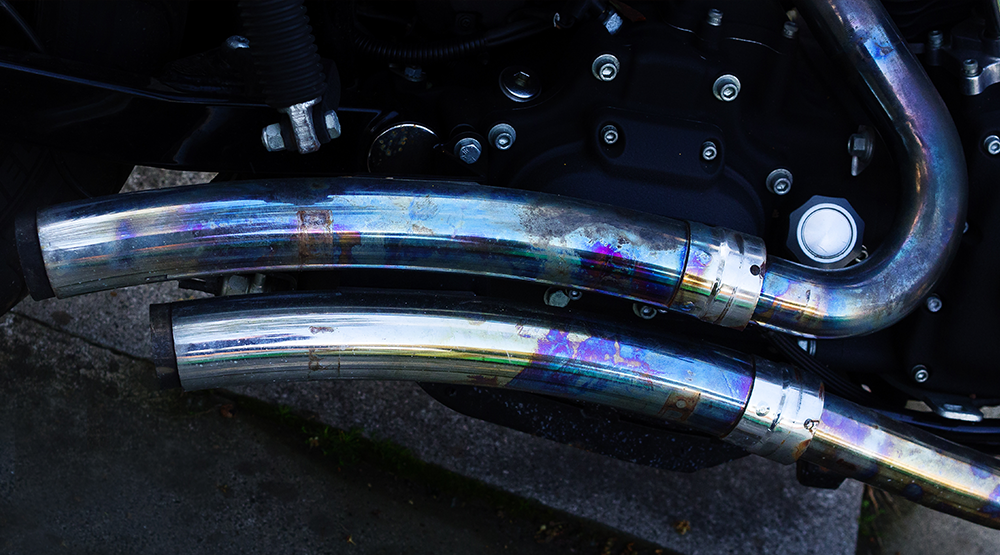 In a lot of cases (especially if you’re working with a jig), rotating the pipe isn’t possible. In these situations, it’s best to do four separate welds around the pipe. This will allow you to preform the weld without moving your torch into a weird angle. Some welders avoid separate welds as it means you have to tie them together. This does present a challenge, but one that can be easily overcome with a little bit of practice. Often, it’s easiest to start just on top of your last weld. If you’re having trouble, another option is to start at the root of the joint and quickly backstep into your previous weld. Then start traveling forward, remelting your previous bead, thus tying the two together.

You can avoid a lot of hassle just by taking a little time to think before you weld. Two of the most important considerations are contamination and heat management.

If you’ve got the skillset to work on bikes, you probably understand the importance of prepping your surface for welding. Any rust, paint or protective coating can get into your weld pool and cause issues. However, a lot of welders forget to take into account problems that can arise if your weld penetrates all the way through your base material. Often, this is done on purpose, especially with pipes. The problem is that the backside of your weld might become exposed to the atmosphere (and thus can become contaminated) if your shielding gas can’t reach it. In these cases, you’ll want to purge your tube.

Panels and other thinner materials such as small tubing are generally affected the most from heat, as they’re more easily warped. But even your frames can be distorted from heat (this is more or less of a problem depending on the material you’re using and its thickness). In general, you should always be trying to strategically manage your heat while making sure you get good penetration. For out-of-position welds, weld up-hill. It’s a little slower going, but you’ll be able to manage your heat more consistently and also get better penetration. 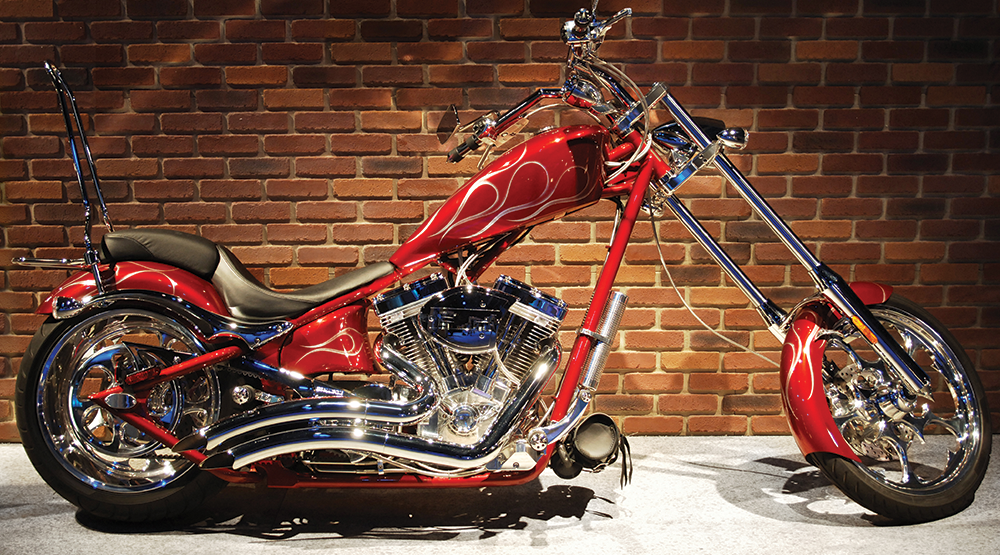 The Exception to the Rule

MIG and TIG processes each have their respective pros and cons. 95% of the time it isn’t a matter of one being better than the other, just different. When it comes to welding motorcycles, this isn’t really the case.

MIG welding is incredibly useful. Generally, it’s a whole lot easier to learn than TIG and quite a bit faster since the machine is constantly feeding filler into your weld pool. But MIG is also about as precise as using a shotgun for surgery. It tends to build up heat a lot quicker than TIG which can cause warpage on thinner materials.

One of the biggest drawbacks for MIG is its limitations with metals often used for motorcycles. While you can technically MIG most metals, including aluminum, it’s generally messy and requires extra equipment, which can get expensive.

This isn’t to say you can’t MIG weld your bike. There are thousands of welders who’ve used MIG to do things like create a mild steel frame from scratch. And their end results are pretty dang impressive. But MIG does present some difficult issues that TIG does away with.

If you’re looking to try TIG, but know you’ll always want a MIG welder around, you should check out some of the most popular multi-process machines with the recommended products below.