How Did Oxy Acetylene Happen?

Oxy acetylene welding (also called oxyacetylene or oxygen-acetylene) has provided the basis for how we view modern welding. Besides forge welding, it’s one of the first and oldest welding processes ever to be used. While oxy acetylene welding is more or less obsolete today, there was a time when it was the most common process utilized throughout the world. Yet surprisingly, the way it was discovered was nothing more than a chemistry lab accident.

It all started with Edmund Davy. Actually, it all started with Humphry Davy, Edmund’s older cousin. Humphry was a renowned chemist, claiming the discovery of several new elements including chlorine and the invention of a lantern that could be used in flammable environments. In his earlier years, Edmund worked as a lab assistant to his cousin. It was here that he developed a passion for uncovering the unknown. It was this excitement that would lead Edmund to one of his biggest breakthroughs. 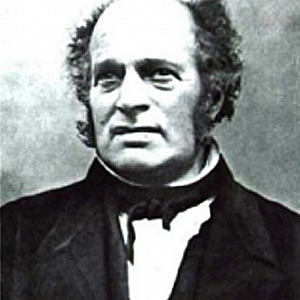 In 1836, Edmund was trying to isolate potassium metal in his laboratory. During his experiment, he heated potassium carbonate at an incredibly high temperature to produce a puzzling residue. When this strange substance reacted with water, it produced a new type of gas that would burn when coming in contact with the atmosphere. While being interviewed by a newspaper, Edmund claimed his great discovery would be a revolution in cheaper, more efficient artificial lighting.

But it wasn’t. In fact, for more than 20 years Edmund’s great discovery was completely forgotten about. It wasn’t until 1860 (3 years after Edmund’s death) that Marcellin Berthelot rediscovered Edmund’s work and coined the name “acetylene.”

It would take another 40 years before acetylene would be applied to welding. In 1903, Edmond Fouché and Charles Picard developed oxygen-acetylene welding. Before this time, the concept of welding had been used in various forms (i.e. melting two metals into one pool in order to connect them together). However getting enough heat to cause a melting reaction in metal in any sort of accurate and portable way was unthinkable at that time. But by using acetylene, these two French engineers discovered they could produce a flame that burned almost twice as hot as your average propane fire.

Unlike the previous two discoveries concerning acetylene, Fouché and Picards’ work was immediately put into practice. It wasn’t soon after their breakthrough that oxy-acetylene welding and cutting was being used across the entire world.

In recent decades, oxy acetylene welding has become obsolete. Our modern arc welders have more consistency and weld faster. However, oxy acetylene cutting is still a commonly used process that is utilized by millions of welders every day. However, new and improved plasma cutters are offering quite the competition. If you’re interested in learning more about the pro’s and con’s when it comes to plasma cutting vs. oxy acetylene, check out our in-depth look here.