Have You Seen Real Garage with Andy?

Welding in TV shows and movies always leaves a weird taste in our mouths. Some guy flips his hood down and presto, he’s built a 747 in an afternoon. Even many of the popular home or auto DIY shows skip over the majority of nuanced details that really makes welding the artform it is. We’ve always wished there was a show that had the production value and entertainment of a professional broadcast, but made specifically for welders. Despite it slipping by most people’s radars, that’s exactly what Real Garage with Andy is.

Check out Welding Supplies from IOC.

What’s It All About

Real garage is set up like most professional DIY shows. It all starts with a project. In Andy’s case, he’s looking to restore a 1969 Pontiac Trans Am while also making some serious modifications of his own. 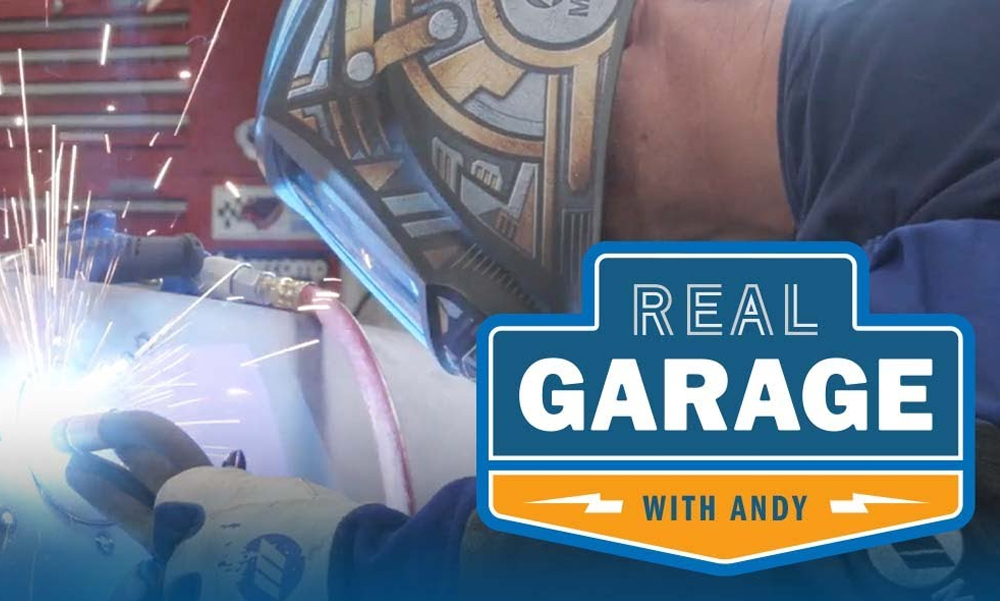 Now you might be wondering, “Who the heck is Andy?” Is this guy so well known, they don’t even need to include his last name? It’s like he’s the “Andy” of welding, and that’s all you need to know. Despite having no idea who Andy was at first, we gained some serious respect for the guy pretty quick. With most TV series, the host is usually an actor pretending to be a tradesmen. They have a professional do the actual work, then film the host at the very end driving in the last screw to make it look like they did the whole thing by themselves.

Andy isn’t acting though. He really does know his stuff. In fact, Andy Weyenberg has been in the motorsports industry for over 30 years, doing everything from fabrication to marketing. He also has some awesome connections to the motorsports industry that he uses to his advantage in the show. For example, in episode three, Andy is able to get a behind-the-scenes tour of Gear FX, the company that handles a lot of the rear-end setups for NASCAR.

The series currently spans two seasons, where Andy does everything from patching holes to fabricating a custom roll cage for his Trans Am.

There’s plenty of online tutorials on welding, but generally these are fairly dry. To put it plainly, they’re not designed with entertainment in mind. Real Garage with Andy hits a middle ground between education and entertainment. It has a larger budget to work with than most of the YouTube videos you’ll find, allowing Andy to get real crazy with what he implements into his vehicle. 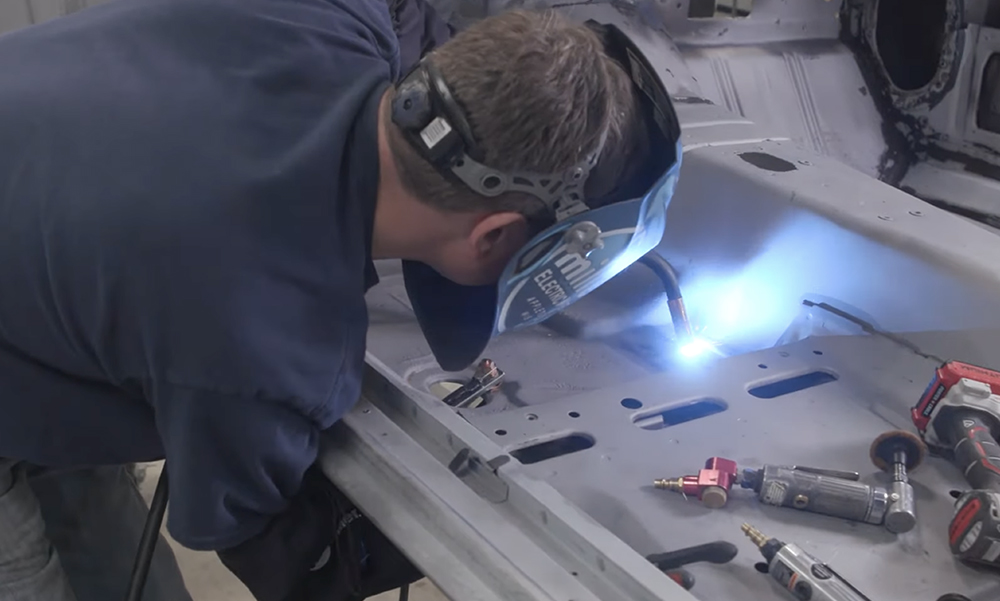 At the same time, Andy goes into specific welding details on everything he does, more so than any popular DIY series out there. The show has special segments specifically talking about different welding techniques or how to work with certain types of material.

If you’re not interested in welding automobiles, Andy also covers a variety of side projects. Many of these are geared toward useful projects to organize his shop, and would be helpful additions in the life of any welder. So if you’re not one to work on cars, we guarantee you’ll still find plenty of value.

These days, It feels like you have to pay for a new streaming service every time you want to watch a new show. But with Real Garage with Andy, both seasons are available for free on YouTube (we’ve provided links below).

How is that possible? Although it’s very subtle, the whole show is actually produced by Miller. BUT it isn’t 30 minutes of Miller ads like you might fear. Occasionally, Andy compares certain Miller machines, and all his welding gear is provided by Miller. Besides that, you’d have no idea Miller made this (if it wasn’t hosted on their YouTube channel).

Real Garage with Andy offers something that no other show has. It’s a professional DIY series made specifically for welders. Check out the first episode for yourself above or watch all of season one or season two.