What honestly is America? A place, you say? But it wasn’t always America, so who decided when dirt was turned into a nation. Sure, America is a people, but there’s 7.5 billion people on earth — What makes Americans different? An idea, a vision. The land, the people — they’ve always been here. The difference is a dream, a constantly changing idea that began with the thought that mankind should choose their own destiny.

Often, we don’t realize the influence of American history in our lives. Yet they seep through our very beings, manifesting in our feelings, thoughts and actions. Actions that become welds, welds that become works, and works that ultimately help tell the American story.

This July, we look at some of the welding pieces you sent in that represent America, both consciously and subconsciously.

The Red, White and Blue

Few people realize the brilliance of the American flag. It’s simple enough, even a young child can draw it. There’s no intricate figures. But it’s not so simple that it’s difficult to recognize. The stars and stripes can be clearly seen, no matter the medium.

When the first frontiersmen encountered the bison, they had never seen anything like it before. A massive animal that scattered the plains in herds which seemed to never end. But by 1889, all but 541 American Bison remained, the rest hunted and killed by newly introduced bovine diseases. And while the Bison still represents a spirit of the past, they also show our ability to change our future, as combined efforts within the country eventually led to the bison population bouncing back. 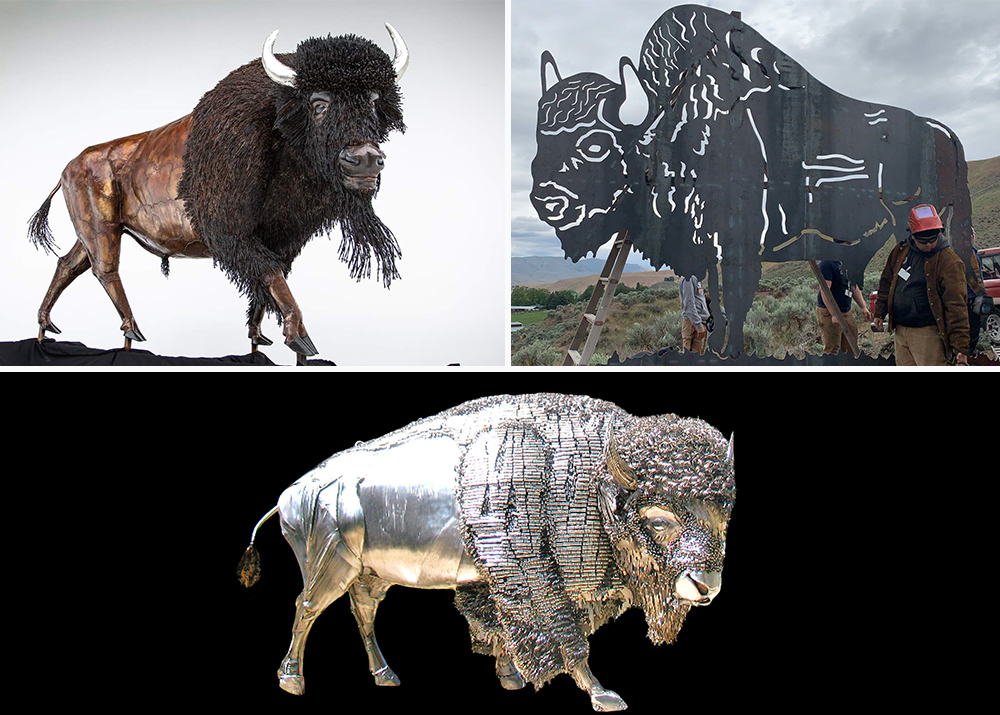 While the motorcycle itself first saw roots in Germany, America took the concept and ran with it. From Harley Davidson to the chopper, numerous variations done here in the USA have made the motorcycle an essential piece of American iconography.

Deciding on a national seal for the country wasn’t an easy task. In fact, 3 committees created by the founding fathers failed to agree upon any one figure to represent the newly developed nation. Ultimately, the country fell upon its ancient roman influences, choosing the eagle that had long been a symbol of strength. To help give some distinction to the seal, the founding fathers settled on the bald eagle, who’s white head is easily recognizable.

You can’t get more American than football, commonly referred to as American Football in other parts of the world. The sport still firmly holds the top spot in American hearts and television ratings.

If you’re feeling patriotic this July, why not check out this awesome, new ESAB A50 “United We Weld” Helmet. Not only does it offer top-of-the-line protection, you’ll look awesome with sparks flying everywhere.