Why Does OSHA Exist?

1878—The world’s largest flour mill was basked in the late spring afternoon sunlight as the day workers’ shift came to an end. 14 night workers would continue to maintain the monstrous structure through the evening, a skeleton crew for such a large installation.

In some ways, not only did a job at the mill provide a paycheck, it made you part of Minneapolis. At the time, the metropolis had become known as “Flour City,” a testament to the giant mills and the people who served as their life blood.

You probably bake with flour every week, never comparing the white, powdery substance to a stick of dynamite. But with enough dust and flour combined, the mixture actually becomes an incredibly powerful explosive.

10 miles from the big mill that night in 1878, a distant explosion echoed in the ears of bypassers. The flour had ignited, creating a violent chain reaction that launched large granite debris up to 8 blocks away from the mill. A blaze spiraled out from the demolished carcass of the massive building, catching five adjacent mills on fire and burning them to the ground. 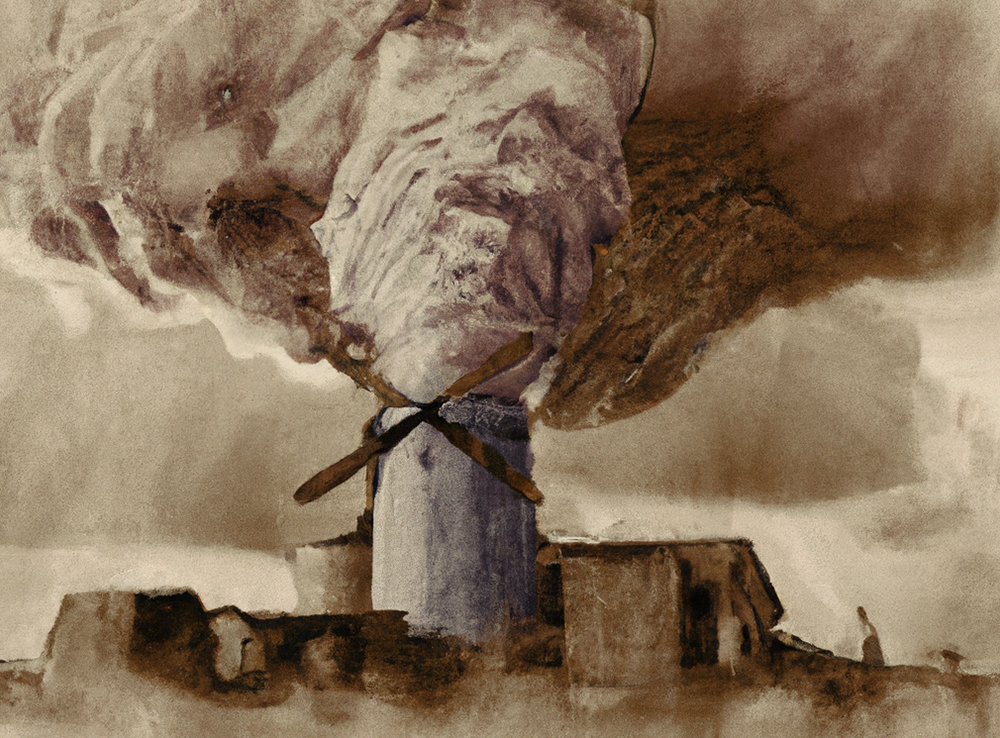 In total, 18 workers were killed that night. In comparison, it was just a drop in the massive bucket of worker-related accidents during the 1800s and early 1900s. But that one drop was also water used to germinate a seed of thought that said workers should be protected.

Today, OSHA tends to be a polarizing topic. It can often be annoying for welders, who feel they must inconveniently work around regulations that can make their jobs feel unnecessarily tedious. How did OSHA become this way and how does it truly affect the welding field?

OSHA started with an act—the Occupational Safety and Health Act. In 1971, despite a century of attempts at improving workplace conditions, work injuries and deaths were particularly high. As part of this new act, the Occupational Safety and Health Administration (or OSHA) was created to identify and minimize threats to the country’s 130,000,000+ workers.

It might be less convenient, but welding safely is always the smarter option in the long run.

While some regulations might seem unnecessary, OSHA has made an impact. Since its creation, work-related accidents and illnesses are down by 75%. From the days of the Minneapolis Great Mill disaster, it’s hard to argue OSHA shouldn’t exist. However, there are ways to make the regulations work for you and not against you.

Make OSHA Work for You

As experienced welders in the industry know, OSHA is at its worst when you don’t know or understand the rules. This turns OSHA into some sort of boogey man that can swoop down for any unknown reason and fine you or your employer.

Learning the regulations that OSHA has for your particular industry is crucial. This can also seriously protect you. We cannot tell you the number of times someone has posted on a forum asking about welding galvanized steel without any sort of PAPR system or respiration protection. Often, employers in charge of small fabrication or repair shops don’t know the rules themselves, leaving you unprotected.

OSHA has done a lot to try and not be the “bad guys.” They offer grants for purchasing safety equipment and creating training programs, hopefully taking some of the burden off small companies where workers might be afraid to bring up issues with their bosses.

At the end of the day, your safety is your most important asset. An injury can end your career. Make sure you're not skimping out on your protection. Whether you’re a hobby welder or a professional, have a good welding helmet and proper clothing—none of this welding in a t-shirt crap. If you're in charge of a welding team, an employer or even an employee, make sure you’re providing protection from dangerous fumes. PAPR system prices have come down in the last decade and are well worth the investment, especially when you weigh in the possible fines for exposing workers to dangerous conditions.

Check out our entire selection of protective gear at the best prices here. We only supply equipment from the most reliable brands, so you can weld knowing your most valuable asset—yourself—is safe.