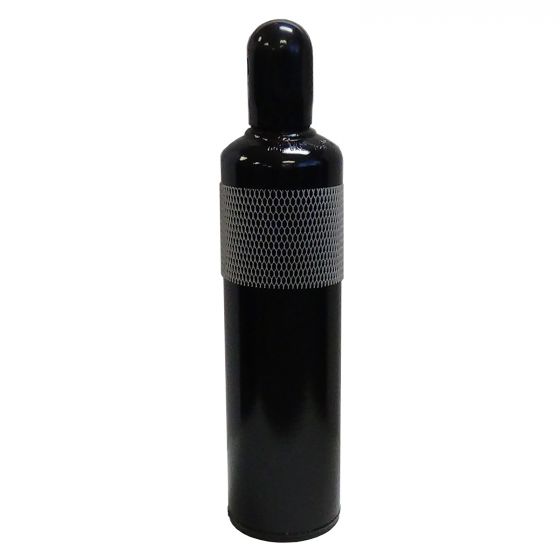 DESCRIPTION
This cylinder may be black or red

This is a new A75 (75 CF) acetylene gas cylinder with a cap. It has a CGA-300 valve for acetylene. If your regulator has a CGA-510 fitting, you may need to change your regulator nut and nipple, or use an adapter. It can be various colors, though the color is usually black, as pictured. The cylinder ships empty, but it can be filled at almost any local gas supplier. Most gas suppliers will exchange the empty cylinder for a full one to save you a trip.

Give us a call. We're glad to help

866-854-7380
Acetylene cylinder Guest 5 Fast shipping and as described. This business is one in which you can speak with a real person when questions arise. I do highly recommend, and will purchase from again in the future. Prices in their field are some of the most competitive on the net, too.
Tank Roger B. 5 Fast shipping, exactly what I ordered.
Great supplier Harry B. 5 We have made quite a few purchases from IOC. Their prices are very good and shipping is super fast. Highly recommend them for your welding needs.
Acetylene tank Guest 4 The tank was as described and was shipped promptly and arrived in great condition. It was to bad I didn’t find an 125 cu ft oxygen tank, just 80 cu ft. I would have purchased it.
A75 Howard M. 5 Exactly as described arrived on time
Odered on Monday, arrived on Daniel D. 5 Odered on Monday, arrived on Friday. Nice ckean tank, packaged well. Sad part is I traded it in for a full one never to be seen again. You have to have a tank to get a tank. Local gas dealer charges $259 per tank plus fill. So this was cheaper and time saving.
At last a new tank dennis a. 5 Its new it looks good its empty and sitting in drive way waiting on the oxygen cylinder ive had to order twice from others
Related Products