ESAB Sentinel: Why Does it Look that Way?

For years, it’s been rumored that ESAB based the initial design of the Sentinel A50 helmet on the popular video game, Halo. While ESAB has never confirmed or denied this, the A50’s unique, sleek design is definitely different from almost any other helmet on the market. Was ESAB really just trying to make a sweet-looking helmet, or is there more functionality over form than you might think? Let’s find out. 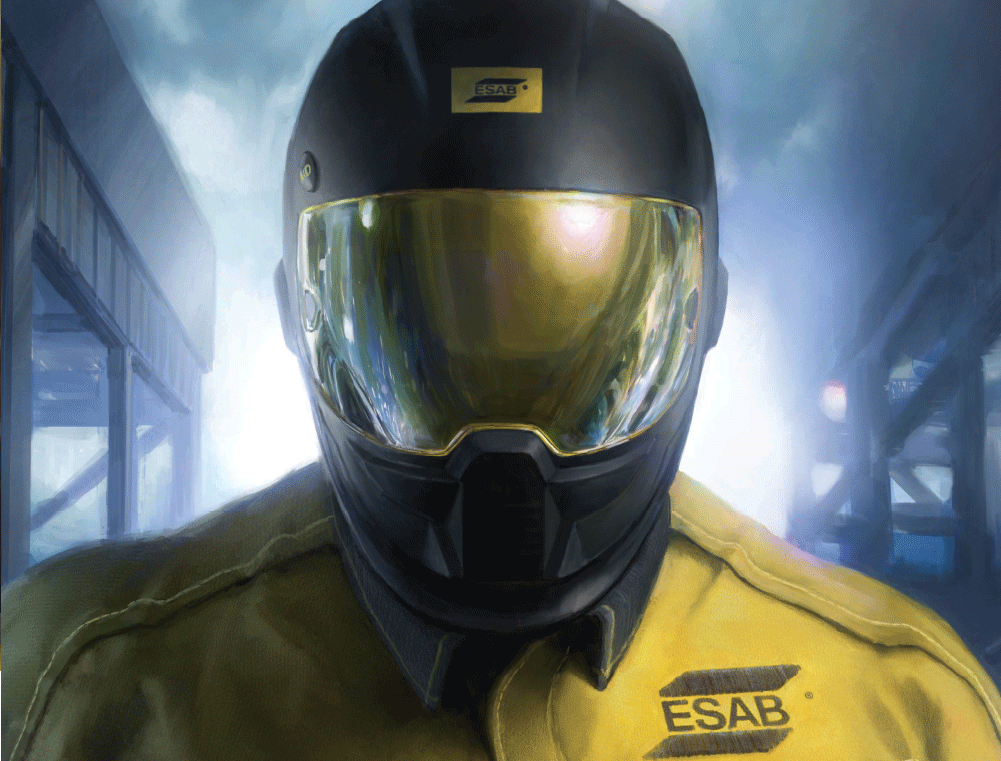 At first, it might seem like the sentinel was mostly designed to look cool. After all, it’s got one of the sleekest designs of any welding helmet on the market. What’s interesting, however, is when you talk with the minds behind the A50’s creation.

In reality, almost every design decision of the A50 was based on functionality. For instance, the sentinel ditches the traditional “rectangular” look for a rounder shape that mimics the human head more closely. A hundred years ago, welding helmets were often cast in as few parts as possible. This made them sturdy and easier to produce, but also quite bulky.

Over the years, the material and methods for fabricating welding helmets have changed, but many helmets still retained some form of that rectangular shape. However, most human heads are quite round. This means that a more boxy design has parts that don't really protect your face. This extra bulk can often make it hard to fit in tighter spaces and give the helmet an overall clunky feel.

If you look at the vast majority of modern helmets, they’ve all begun to adopt a more rounded design for this very reason. However, few go to the lengths of the A50 to really mimic the curvature of the human head. This means the sentinel can comfortably fit in some of the tightest spaces. Up until recently, fabricating such a shape would have most likely sacrificed some of the durability of the helmet. However, the Sentinel uses a revolutionary process with high-resistance impact nylon, an incredibly durable material that retains its strength with complex shapes.

Another part of the sentinel A50 that tends to be thought of as “designed mostly to look cool” is the front lens cover. Especially with the yellow tinted version, you really do feel like a sci-fi fighter pilot.

With almost no exceptions, every auto-darkening helmet uses a front lens cover. What this does is protect the lens’ delicate surface electronics from any type of spatter or sparks. In fact, welding without a lens cover is almost guaranteed to ruin your helmet. So by no means is a lens cover unique to the A50.

What is unique is the shape. The A50’s lens cover mimics the shape of the rest of the helmet, creating a sleek, seamless look. The actual reason behind this design was based on eliminating corners, crevices or angles. Most auto-darkening helmets have the rest of the helmet protrude further out around the lens, with the idea that this might prevent spatter from hitting the cover. However it also means that all sorts of gunk, spatter and grime builds up in the corners around the lens cover, making it difficult to change or clean over time. With no corners around its lens cover, the A50 avoids this issue.

I Can See Clearly Now

If you haven’t tried an auto-darkening helmet from a top-brand, you have no idea what your eyes are missing. These days, the clarity and color is mind blowing, especially if you’re used to the awful, green-tinted displays of older helmets. When the Sentinel was first released, it had some of the best view technology ever created. But that was several years ago. Since then, Miller has released its amazing Clearlight technology, and Lincoln has their equally astonishing 4C tech. So has the Sentinel adapted, or has its viewing technology become outdated and subpar in comparison? 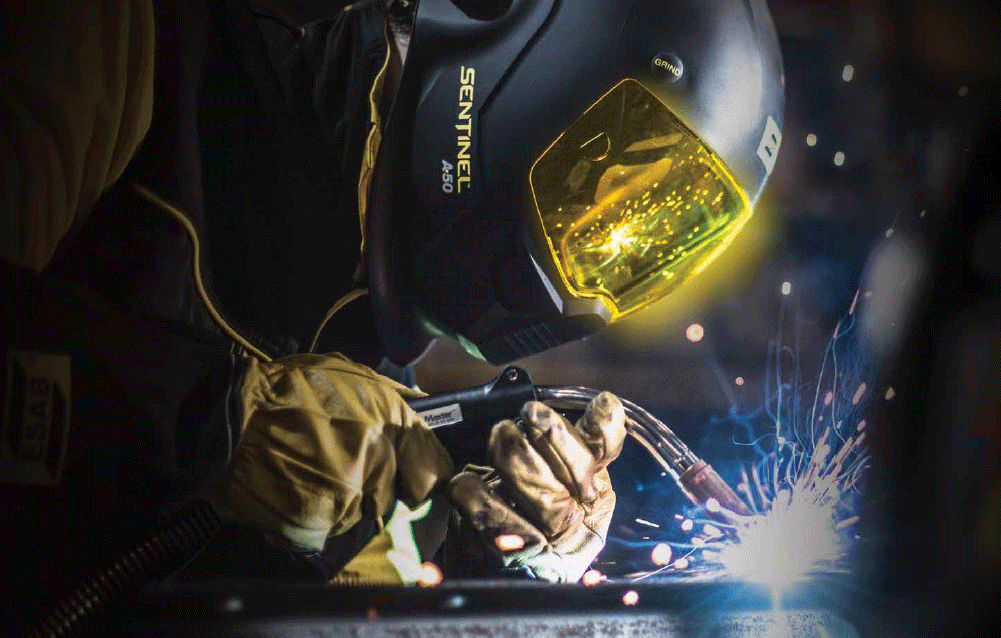 Thankfully, ESAB has continued to upgrade the A50’s viewing tech to be competitive with all the other top brands. However, if viewing area is your number one priority, you might want to also check out the Miller Digital Infinity Helmet, which has a massive 13.4 inch view (basically a big-screen TV for your face).

While the ESAB Sentinel A50 does look incredibly cool, every aspect of its design is based on functionality to help you have a better experience and produce higher-quality welds. While it’s been around for a few years now, the A50 absolutely holds up in 2022 and should definitely be on your list of helmets to check out.