Is Sandblasting a Superior Cleaning Option?

If you counted the hours of your life lost on a grinder or wire brushing, how much of your time would it be? Between prepping your work for welding and cleaning up after you finish, grinding and brushing can take up a significant chunk of your time. Because of this, sandblasting has often been looked at as a convenient way to cut down on cleaning times. But is sandblasting really more efficient or are you just trading time for a lower quality treatment? Let’s dig in.

What is sand blasting anyway?

The technical name is abrasive blasting because, despite the nickname, sandblasting doesn’t always involve sand. By using a high-pressured machine, material (often called the media) is shot at crazy speeds through a sandblasting gun. In welding, the goal is often to either remove contaminants to prep your surface or clean up your weld once you’ve finished.

While the media shot at high speeds is often sand, it doesn’t have to be. Metal bits (shot blasting), glass beads, plastic, Bicarbonate Soda and other materials are also used depending on the situation. 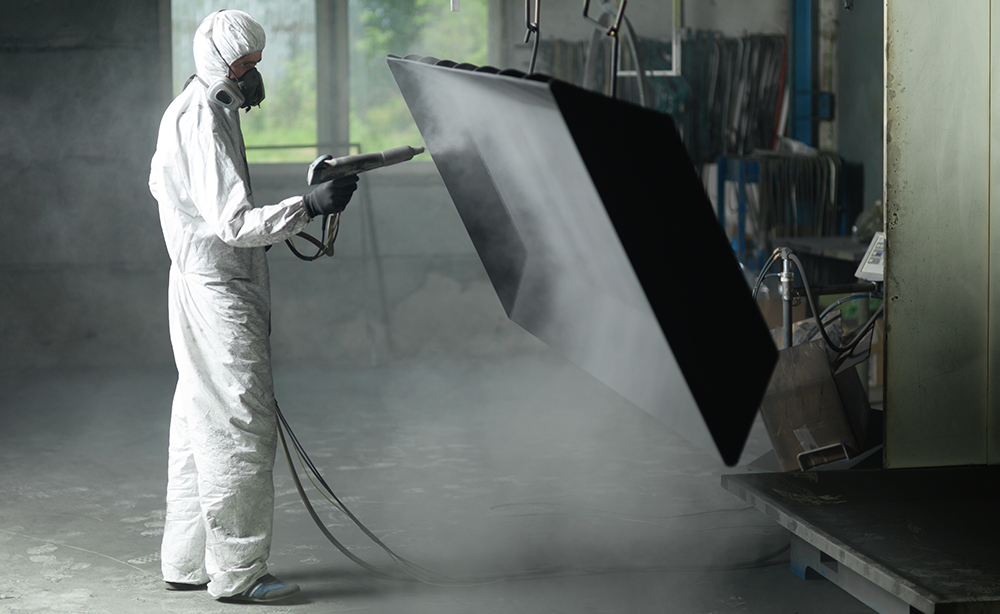 What’s so great about it?

We’re going to cut right to the chase, there’s a lot of fighting within the welding community as to whether sandblasting is superior or worse than grinding and brushing. Simply put, sand blasting is highly effective in certain situations, but it’s not the one-size-fits-all answer.

When done properly, sand blasting is great for prepping your piece in most situations. The speed at which it can remove contaminants is much faster than most welders could do with a wire brush and grinder. For instance, if you’re removing paint from a car door, it can take quite a bit of time to get it clean enough for welding. With a sandblaster, the same job can be done in a fraction of the time.

It’s also very effective on powder coating, which can be a nightmare to remove. Rust, grime, and protective coatings can also be easily removed with a sandblaster. It can also be easier to get in those hard-to-reach spots when sandblasting.

While sandblasting can save a significant chunk of time, it has to be done right. That means having a good understanding of what media you should be shooting at your piece. For instance, if you choose to use carbon steel in your shot, those tiny bits can easily embed themselves in softer metals. When you go to weld, those carbon steel pieces will be in your pool and potentially jack up your welds (they can also rust if not removed).

No matter what media you’re using, it’s highly recommended to clean off your piece after blasting. This is one of the biggest problems with sandblasting that we see. Often the wrong media is used and becomes embedded into the work piece. Even leftover sand on your piece can mix with your weld pool and cause defects. What you use to clean off your surface after sandblasting depends on what media you used. Alcohol or acetone is often a preferred cleaning option though this won’t work in every situation so consult your sandblaster’s manual first. 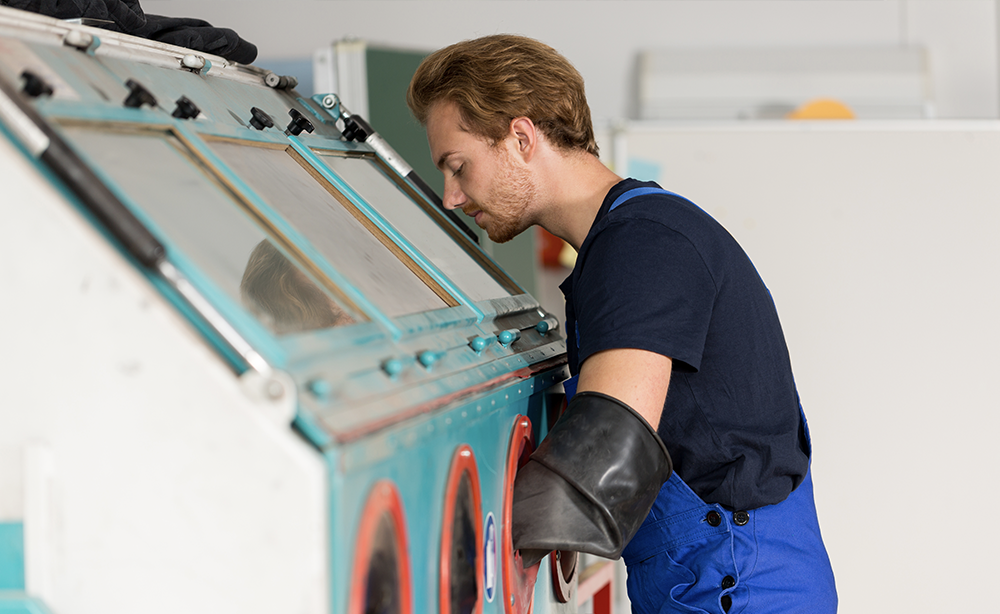 Sandblasting cabinets are a good, safe and easy option for small- and medium-sized parts.

Sandblasting is often thought to be less aggressive than a grinder. Anyone that’s overused a little too much Black Beauty will know that’s not necessarily the case. But aggressively removing material in a strategic way can sometimes be done more effectively with a grinder. For instance, if you prefer to clean up your piece when you finish welding so that it almost appears seamless, it’s difficult to uniformly remove this much material with a sand blaster. In this case, a grinder might be a better option.

Sandblasting is a great tool for prepping and cleaning your welds after you finish. It can save you a massive amount of time. With the right type of media, you can even remove spatter and other imperfections. But sand blasting works best in situations it was designed for. Think of it in addition to your grinder, not a replacement.

For more professional prep work tips and tricks, check out the post below.